Oxygen diffuses into water sources from the air by the process of aeration (e.g., when water flows turbulently down rapids or alternatively through photosynthesis by plants and phytoplankton).

Several factors can reduce the dissolved oxygen (DO) content in water. First, as water warms up, oxygen is released into the atmosphere as it is pushed out by increased ion mobility. Secondly, some bacteria and other microorganisms which feed on organic material (e.g., dead plants) consume oxygen. They will produce carbon dioxide from the organic material and oxygen. Last but not least, plants can also have a negative influence on the oxygen content. If it is cloudy for several days, plants will fail to photosynthesize and begin consuming oxygen also during daytime. If the growth of plants has been stimulated by fertilizer runoff from a nearby source (usually agricultural), this effect can magnify.

Human-induced alterations can have a negative influence on surface water when DO values fall below crucial limits for maintaining the life supporting capacity of freshwater ecosystems. Therefore, monitoring the DO content in surface water by an optical sensor to assess its quality is important.

The method is demonstrated for a freshwater stream. The analysis is performed directly at the point of interest, ensuring no falsification of the results which could be introduced by sample transport. 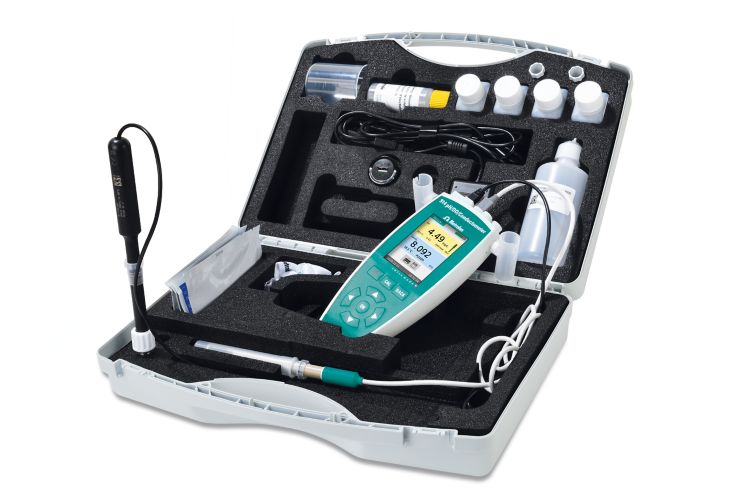 Figure 1. Transport case including all accessories and a 914 pH/DO/Conductometer equipped with an O2-Lumitrode and conductivity sensor for the determination of dissolved oxygen in a freshwater stream.

This analysis is carried out on a 914 pH/DO/Conductometer equipped with an O2-Lumitrode and a conductivity measuring cell to compensate for the higher salinity. Both sensors are calibrated before the measurement.

The sensors are both directly inserted into the surface water at the point of interest, to a depth of at least 3.5 cm.

Results are taken after 60 seconds to ensure a stable temperature measurement. The obtained absolute standard deviation is smaller than 0.1 mg DO/L or 0.9 μS/cm, respectively.

Figure 2. Example measurement curve of the DO content and the conductivity in a freshwater stream.

The dissolved oxygen content in surface water can be assessed quickly and locally in-situ by using a 914 pH/DO/Conductometer and the optical sensor O2-Lumitrode. Stable, accurate results are obtained within 60 seconds. Additionally, the sensor is completely maintenance-free. No need to worry about the quality of your sensor: if the O2 cap needs to be replaced, the instrument will inform you.