Semiconductors are the fundamental components of modern electronic goods. Cleanliness is crucial inside of a semiconductor fabrication facility, considering the scale of the working surfaces (nanometers). Contaminants of all types can result in defects, leading manufacturers to implement extremely strict and precise production control procedures with high reproducibility, especially during one the most important production steps: wafer surface treatment with etching and cleaning baths for impurity removal and surface texturing. This article highlights the benefits for semiconductor manufacturers to implement near-infrared spectroscopy (NIRS) in wafer pretreatment processes for real-time analysis, 100% traceability, optimal product safety, and maximum wafer carrier throughput. 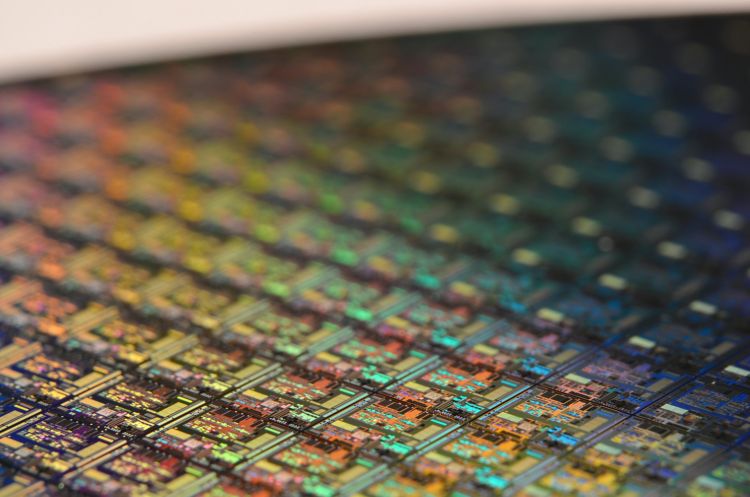 Close-up view of a silicon wafer. Each miniature square is a chip with microscopic transistors and circuits.

Would you like to know more about how NIR spectroscopy works? Check out some of our other blog posts:

Equipping semicon wet benches with a 2060 The NIR Analyzer

In a semiconductor fabrication facility, a typical wet bench unit consists of several individual baths with specific purposes (i.e., chemical etching, cleaning, and rinsing). For these tasks, each process line requires different acid or base mixtures or various organic components. Figure 1 illustrates the typical setup of a wet bench with one of several available configurations for the 2060 The NIR Analyzer from Metrohm Process Analytics.

This example includes the etching bath HF Dip (hydrofluoric acid with a certain concentration level which is based on a specific etching rate), SC1 (standard clean treatment consisting of ammonium hydroxide and hydrogen peroxide in water), SC2 (standard clean treatment consisting of hydrochloric acid and hydrogen peroxide in water), HotPhos (phosphoric acid in water), and others (rinsing steps which are not monitored with NIRS).

Chemicals are circulated using pumps with some integrated filters that aim to prevent the semicon wafers from contamination. The wafer carrier is dipped into each bath for a certain amount of time, dependent on the  concentration of chemicals. As the carrier holds many highly valuable wafers, exact knowledge of the process conditions at any time is crucial. Real-time process monitoring is performed by using clamp-on flow cell sensors which are implemented into the circulation line of each bath (Figure 1).

The results of this real-time monitoring are available within a Process Control System (PCS) for fast intervention and controlling if any measured parameters fall out of specification.

Inside of a wet bench, a sensor is attached to each of the process lines (Figure 2). This clamp-on flow cell was designed and customized together with our partners from the semiconductor industry. Some of the major benefits for users are listed below:

The sensors are attached to the 2060 The NIR Analyzer – the centerpiece and intelligent evaluation unit – which provides a fast, reliable measuring technique that can analyze all relevant quality parameters within seconds. This high-tech process analyzer is ideal for monitoring wet bench bath composition:

If space is limited such as in difficult to access cleanroom areas, the 2060 The NIR-R Analyzer can be mounted outside the cleanroom area. The distance between the NIR cabinet and the sampling point(s) can be up to hundreds of meters—achievable with the use of low-dispersion optical fibers. Additionally, up to two different wet bench units can be monitored and controlled with one Human Interface. This is extremely beneficial when space is at a premium and analysis costs need to be saved, as this setup can monitor up to ten sampling points (Figure 3).

Predictive maintenance and vital data availability are phrases often used when discussing Process Analytical Technology (PAT). In addition to the actual concentration measurement, the 2060 The NIR Analyzer provides secondary process information which can be used as conditions for further actions. For example, depending on the measured process temperature, the process analyzer could automatically utilize a specific NIR calibration model or send a warning to a DCS/PLC/Scada in case of an unwanted temperature change. However, there are many more points to consider that can lead to enhanced product and process safety together as well as better process understanding. These include:

Find out more about the advantages of Process Analytical Technology (PAT) in our blog series.

To automate or not to automate? Advantages of PAT – Part 1

Plant manufacturers customize their wet benches for the specifications of each end customer, and so does Metrohm Process Analytics. We offer applications for a wide range of critical chemical parameters in every combination, concentration, and temperature range—even including those which haven’t been developed yet.

Now knowing which chemicals are generally used in a front-end production line for wafer processing leads to the question: Why is it mandatory to monitor all of these parameters in real time?

Looking back at Figure 1, carriers containing multiple wafers are dipped into various etching and cleaning baths. By doing so, the chemicals react with the wafer surface, resulting in a permanent change of the chemical composition – mostly a decrease of the etching/cleaning agent concentration. Within a very short time, the precisely adjusted etch rate (abrasion of the wafer surface over time, directly correlated to the HF concentration) would no longer match the strict specifications, and the entire batch of wafers would be rejected. To avoid permanent renewal of the baths and to ensure a very reproducible process under strict specifications, the HF concentration must be known at any time in order to be properly adjusted.

Figure 4 shows a concentration trend chart measured by NIRS from a standard clean 1 (SC1) bath which consists of ammonia (NH3) and hydrogen peroxide (H2O2). Based upon certain concentration limits or time limits, bath exchanges are induced. It is very important that both of these parameters are monitored independently of each other.

Figure 4. Real-time monitoring of ammonia and hydrogen peroxide in SC1 (L), with a closer look at the ammonia concentration trend (R).

A closer look at the trend chart in Figure 4 shows how accurate and precise the NIRS measurements are. In this example, the goal was to monitor the ammonia dosage within the SC1 bath in order to optimize recirculation for fast and homogeneous mixing. Each NH3 dose is detected as a peak followed by a slight decrease of <0.10 wt% within the next five minutes. Even small concentration changes can be resolved. The 2060 The NIR Analyzer measurement repeatability is outstanding. It is application-dependent and able to monitor chemical concentrations down to <0.02 wt%. Ultimately, very precise chemical dosing in wafer baths with real-time data analysis can be achieved—true process optimization and control. A 2060 The NIR Analyzer shows its full potential by increasing bath lifetimes, reducing chemical waste, and minimizing costly product loss (i.e., discarded semiconductor wafer batches).

One of the primary goals at a semiconductor fabrication facility is to achieve the highest throughput of wafer carriers in a wet bench without any delays or product loss—otherwise there are significant economic repercussions. However, these manufacturing plants already run at maximum capacity and each hour of downtime leads to a loss of hundreds of thousands of euros.

Real-time monitoring of the chemical composition is mandatory for wet bench baths. The 2060 The NIR Analyzer from Metrohm Process Analytics was developed for situations just like this, and offers users much more than just a concentration measurement:

Our Applications Book contains hundreds of sold process applications from our more than 10,000 installed analyzers over several industries! 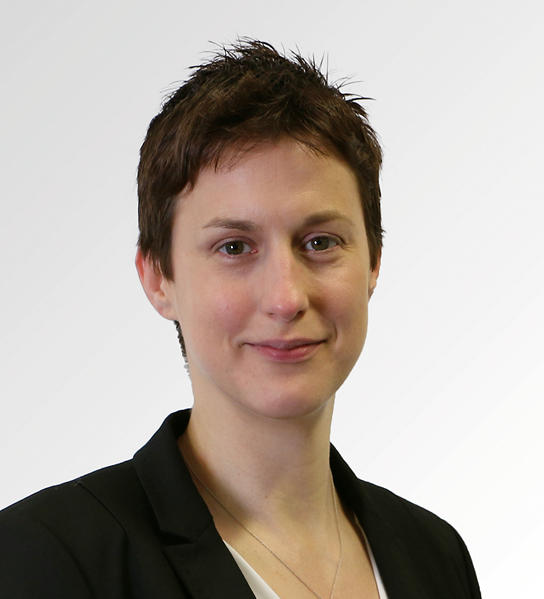