From analog to digital

Before modern digital electronics were widely available, PGSTATs worked with analog electronics, and therefore delivered analog signals. Analog boards were expensive and time-consuming to produce and test. Moreover, controlling the equipment from a computer is done via digital communication and requires digital electronics.

An analog signal is continuous, and it has virtually infinite resolution. On the other hand, a digital signal is written in discrete bits (0 and 1), so it is not continuous.

To better explain an analog signal, consider a linear sweep voltammetry (LSV) measurement in potentiostatic mode, performed with an analog scan. Here, the applied voltage E versus time plot consists of a straight line between the initial and end potentials. The potential interval between two consecutive data points and the scan rate define the interval time—the slope of the E versus time plot (Figure 1).

Figure 1. A typical linear scan from an initial and an end potential. The interval time and the measurement time are also shown here.

The current resulting from the application of the LSV is measured at the end of the interval time. The measurement time defines the duration of the sampling. The current is composed of a capacitive part ic (given by the charging of the double layer), and a faradaic part if.

A double layer is formed when a potential is applied to an electrode. Then, current flows to the electrode, which becomes charged. Ions from the bulk solution migrate to the surface to balance this charge. Therefore, a layer of ions at the interface between the electrode and the electrolyte builds up, forming the equivalent of a capacitor.

Learn more about the principles and characterization of capacitors in our free Application Note.

The capacitive current resulting from a linear scan iC,ls is a constant value given by the product of the double layer capacitance Cdl and the scan rate.

Find out more about the differences between linear and staircase cyclic voltammetry on a commercial capacitor in our free Application Note.

When modern digital electronics became more commercially available and economically feasible, PGSTAT manufacturers adopted them, together with personal computers, to control PGSTATs. This allowed researchers to create more complex procedures as well as to perform data analysis via software. Metrohm Autolab was the first company to deliver computer controlled PGSTATs to the market back in 1989.

In the case of a digital scan, the applied potential versus time plot between an initial and end potential has the typical «staircase» shape of a digitized signal. The interval time tint defines the duration of each step, while the step potential Estep defines the potential difference between two consecutive steps (Figure 2).

Figure 2. A typical staircase scan profile. The step potential Estep is shown along with the interval time and the measurement time.

The resulting current is measured at the end of the step. The measurement time defines the sampling time.

In a digital scan, the step potential  Estep results in a capacitive current iC,ss which rises almost immediately up to the maximum value allowed by the current range, lim(CR), and then it decays exponentially as time constant t = RC. After the decay of the capacitive current, the faradaic current if is predominant.

The current is measured at the end of the step in order to remove the capacitive current and collect only the faradaic one (Figure 3).

Some electrochemical processes can result in a capacitive current, having a characteristic time comparable to the charging of the double layer. In such cases a digital scan would neglect such capacitive currents and all of the information contained within them.

This is the case of highly capacitive cells, such as capacitors and supercapacitors.

It is pretty clear that the digital scan results do not contain any information about the charge/discharge of the capacitor, while the analog scan results have the expected shape of a capacitor’s cyclic voltammograms.

Figure 5. The cyclic voltammogram of a Pt working electrode immersed in a 0.5 mol/L sulfuric acid aqueous solution. The reference is a Ag/AgCl 3M KCl electrode, while the counter electrode is a Pt electrode.

Here, the fast adsorption/desorption of hydrogen occurs at time scales that are similar to the charging of the double layer in the capacitor example. Therefore, the linear scan is the preferred option, compared to the digital staircase scan which is unable to capture the hydrogen adsorption/desorption (Figure 6) [2].

Another example of experiments in which the capacitive current should not be neglected are redox reactions in which the electron transfer is very fast. In these situations, the charge transfer resistance is very small and the cyclic voltammogram results in redox peaks which are symmetrical over the potential axes. Examples include redox reactions on species adsorbed on the working electrode surface [3].

VIONIC: the future of electrochemistry

The most recent generation of PGSTATs, such as VIONIC, are equipped with electronics that allow to users perform analog scans without the drawbacks mentioned earlier. This gives researchers the opportunity to choose the type of scan according to the type of systems being studied, the materials, and the importance of the capacitive current for the outcomes of the research.

[2] Locati, C. Study of the hydrogen region at platinum electrodes with linear scan cyclic voltammetry – How VIONIC powered by INTELLO can be used to characterize processes at the Pt-electrolyte interface, Metrohm AG: Herisau, Switzerland, 2021. AN-EC-025 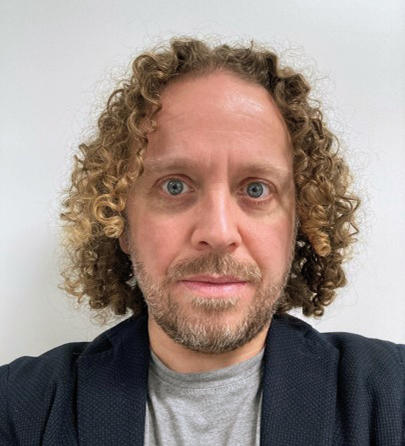