Energy supply has become a major issue in modern times. The global population increases each year by approximately 80 million people, which combined with longer lifespans and the ever-growing demand for electronic devices, means rising energy consumption. Therefore, power plants have to work at maximum efficiency to meet the high demand.

Fossil fuel and nuclear power plants generate most of the electricity for our needs. These methods of energy production involve water-steam circuits that drive turbines. Thermal power plants utilize the heat generated by combustion or nuclear fission to produce steam, which it is fed into a turbine driving a generator that converts the mechanical energy into electrical energy. Downstream of the turbine, a condenser transforms the steam into water, which flows into a feed tank from where it is pumped back into the steam boiler for reuse.

Cooling water flows through the condenser in a separate circuit, removing the heat of condensation released by the steam via a heat exchanger. Nuclear power plants with pressurized water reactors have an additional water circuit known as the primary circuit. This extra segment ensures that radioactive materials remain contained within and do not disperse to the secondary circuit, and therefore potentially outside to pollute the environment.

In thermal power plants, water is essential since it is used as a central (operating) medium. As a liquid, it is necessary for cooling, and as a gas, it drives the turbines. In nuclear power plants, it also moderates the fission neutrons and thus controls nuclear fission. Therefore, monitoring the water chemistry in power plants for impurities is of paramount importance, as it gets reused several times and can cause many problems along the circuits.

Within the context of ensuring high throughput of power plants, online analysis of critical parameters in these water circuits such as chloride, sodium, phosphate, sulfate, ammonia, hydrazine, and silica is highly advantageous for safety, protection, and process optimization.

Sodium monitoring is commonly used to detect salt contaminants in the water demineralization (DM) plant (Figure 1). In power plants, ion exchange demineralizers are used to remove unwanted impurities (e.g., chloride, sulfate, carbonates, and sodium) from the source water. However, the cation resin bed is sensitive and must be constantly monitored to detect possible breaks and leaks. If this happens, contaminants can leach into the purified water, eventually causing stress corrosion cracking and corrosion fatigue of stainless steel components (e.g., turbine blades) further downstream. Therefore, highly sensitive sodium measurements are critical at the outlet of the ion exchanger, to indicate when the resin bed requires regeneration and whether the water purity is high enough to avoid scaling on company assets. 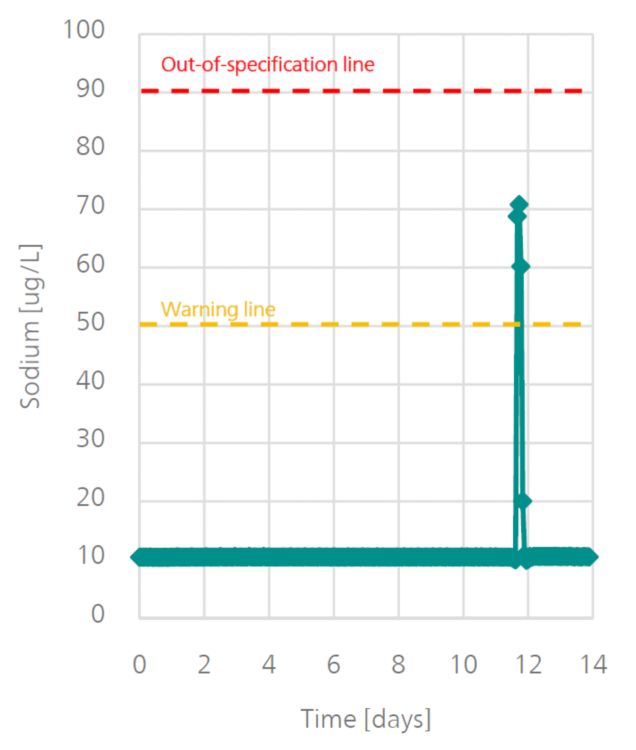 Figure 2. Trend chart of sodium (Na) showing a spike in concentration over a period of 14 days, which could lead to possible corrosion/scaling effect. The dashed lines are control measure guides, which can be changed depending on your process requirements.

For a power plant to operate at maximum efficiency, the steam boiler has to also work in the most effective, efficient, and safe manner. At elevated temperatures, salts of the alkali metals (e.g., sodium carbonate) can deposit on heat transfer surfaces. This scaling acts as an insulting layer that reduces heat transfer, translating to costly plant downtimes.

Additionally, monitoring sodium content in both steam and condensate is necessary. High sodium content in the condensate indicates possible condenser leakage, and a low value suggests possible sodium deposition in the steam circuit. Therefore, constant analysis of the water chemistry in the boiler is of utmost importance to avoid accumulation of corrosive salts, reduce risk of caustic gouging, and detect early contaminant ingress in the steam.

By using online process analyzers, operators gain the most representative, up to date information they need to accurately identify trends (Figure 2), reduce downtimes, and address operational issues before costly problems arise. In addition, the time of response to corrosion formation is fast and immediate warnings are delivered in case of out-ofspecification readings. 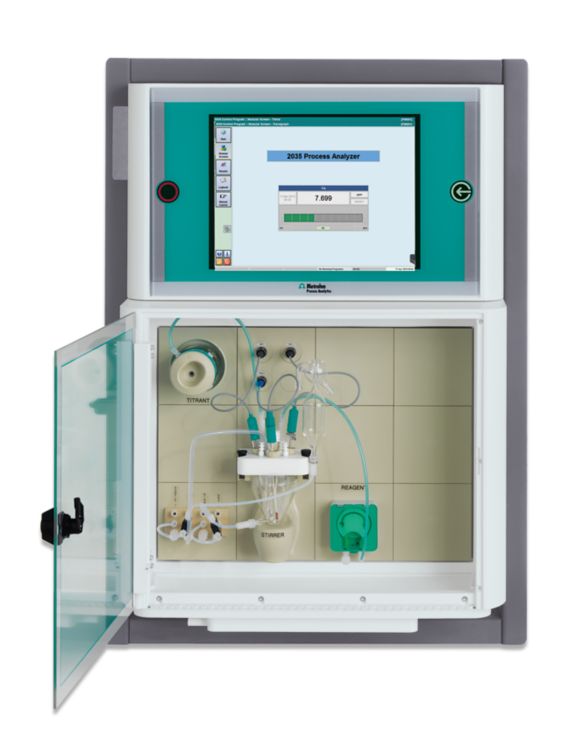 Low sodium concentrations are conventionally determined by ion-selective electrodes (ISE) and an ammonium or diisopropylamine buffer as a direct measurement technique. In contrast, the 2035 Process Analyzer from Metrohm Process Analytics (Figure 3) measures sodium online using a polymer membrane ISE which requires no buffer solution. The mode of operation is simple: the polymer membrane contains a molecule (ionophore) that binds only with Na ions. When these ions penetrate the membrane, they cause a change in potential that corresponds to the concentration level of sodium present in the sample. 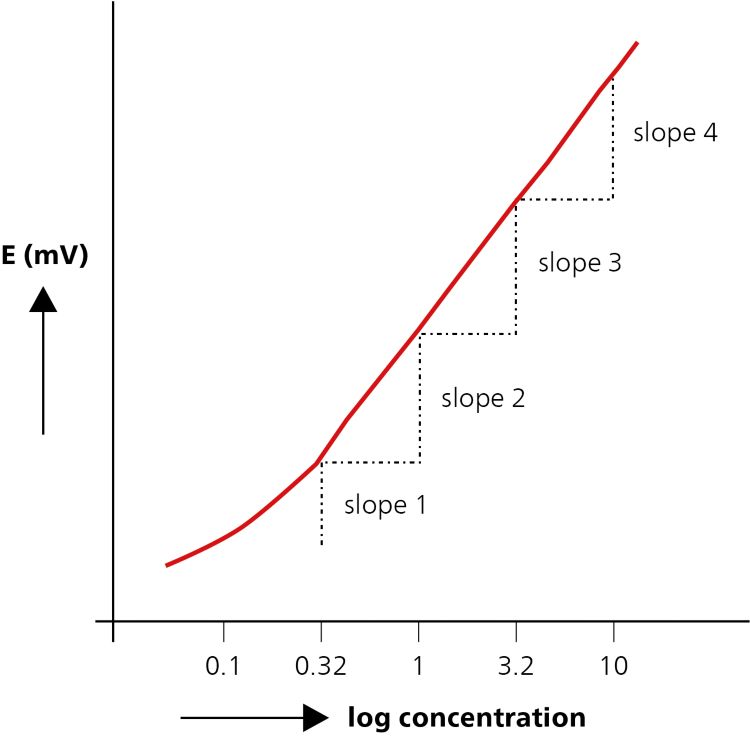 This technique is called dynamic standard addition (DSA, Figure 4), which consists of the combination of a high precision burette dosing system and high performance ISEs. This method has been specially developed to work with ion-selective electrodes.

A small, precise amount of sample is routed to the process analyzer from the stream, a temperature compensated measurement is performed, and the instrument instructs its burette to add a calculated amount of standard solution to the sample. Then the measurement is repeated, and the analyte concentration is calculated from the difference. Thus, the result for each analysis is validated and unaffected by matrix effects of the sample. The addition of standard can be repeated to achieve a more accurate result. This method is highly sensitive to monitor the sodium content, allowing early detection and therefore protecting costly assets.

Not only do dedicated online process analyzers help to safeguard plant operation and optimize process efficiency, they also provide a continuous record of plant operating conditions (every 30 minutes) for increased uptimes, as well as facilitate long-term improvements in productivity. Representative data is acquired at regular intervals without needing to wait for laboratory results, and out-of-specification readings can immediately inform operators to take direct action.

Detection limits are in the sub-μg/L range. Sodium can also be measured with online ion chromatography if other cations also have to be determined.