The value of natural cosmetic products depends on the quality of the ingredients. Among the basic ingredients of many natural cosmetic products are high quality oils derived from oil seeds or nuts. A free white paper investigates how a parameter called «induction time» can be used to check the stability (resistance to oxidation) of such high quality natural oils. This helps producers to better qualify the value and guarantee the quality of their product to their customers from the cosmetics industry. 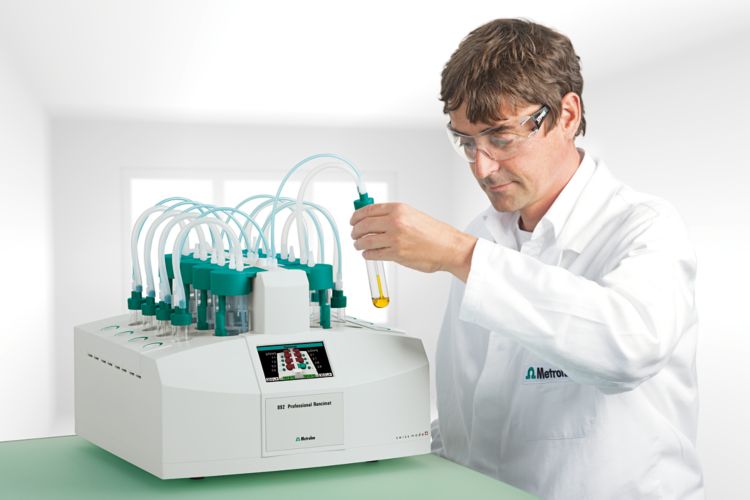 Classical fat parameters such as the acid number or peroxide value only describe the current status of oils and fats. However, they can only be used to make limited predictions about the stability of a product, which is an important factor to determine the value of natural fats and oils used processed by the cosmetics industry. This knowledge gap can be closed with the induction time as an additional fat index parameter.

The induction time reflects the interaction of bound and free fatty acids, the number of double bonds, existing antioxidants and existing pro-oxidants in the oil sample at elevated temperatures.

It is measured applying the so called «Rancimat test» and gives and overall picture of the quality of an oil and how it will behave over time. If the induction time for a particular kind of oil is known, it can be used as a benchmark for the stability of any given batch of its kind.

This rancidity test is named after the Rancimat from Metrohm, an instrument that was developed specifically for this test in close cooperation with the food industry. Since then, several norms and standards have been defined applying the Rancimat test to various matrices. The Rancimat method is also compliant with several standards including AOCS Cd 12b-92 and ISO 6886.