The Kjeldahl method is used to determine the nitrogen content in organic and inorganic samples. The Kjeldahl analysis consists of three steps: digestion, distillation, and titration. During the catalytic digestion step, organic nitrogen (except nitro- and azo-groups and nitrogen in rings) is converted into ammonium. Sodium hydroxide is added just before the distillation step in order to convert the ammonium into ammonia. Through steam distillation, the latter is transferred into the receiver vessel containing an absorbing agent (e.g., boric acid). Finally, the separated ammonia is titrated with sulfuric acid.

The analysis is demonstrated on heparin sodium. An appropriate amount of heparin sodium is weighed accurately and transferred into a clean 2-neck round bottom flask. Sodium sulfate, copper sulfate, and sulfuric acid are added for the digestion process. The content is gently heated below the boiling point until the frothing ceases. It is then heated again at a higher temperature until the content boils and the solution becomes brown. The contents are cooled and carbon dioxide-free water is added carefully while thoroughly mixing. Sodium hydroxide solution is added through the side-neck of the round bottom flask. Granulated zinc is added and the flask is connected immediately to the Kjeldahl nitrogen distillation setup. The outlet of the setup is put into a solution of boric acid. The distillation is carried out until approximately 80% of the total volume is transferred into the boric acid solution. 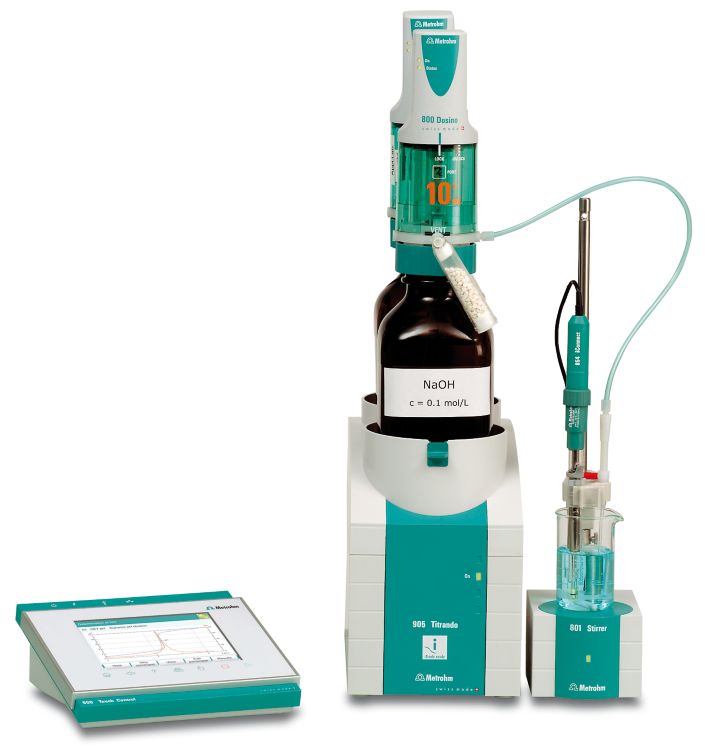 Figure 1. Example of a Titrando system consisting of a 905 Titrando and a 900 Touch Control. Alternatively the 905 Titrando can also be connected to a PC and controlled by tiamo.

The analysis is performed automatically on a Titrando system consisting of a 905 Titrando. The Unitrode is used for the indication of the titration curve.

The prepared sample is titrated potentiometrically against standardized sulfuric acid until after the first equivalence point.

Sharp titration curves are obtained where the equivalence point is reliably determined by the Touch Control or tiamoTM.

Figure 2. Titration curve of the Kjeldahl determination of heparin sodium according to USP general chapter <461>.

This method shows the possibility to determine the nitrogen content in various kinds of samples automatically, accurately, and reliably by titration according to the USP general chapter <461>.

Aside from heparin sodium, the following compounds can also be analyzed with this method: