One of the most fascinating items ever salvaged from an ancient shipwreck is the so-called Antikythera Mechanism. More than 2000 years old, this magnificent piece of mechanical engineering forced the scientific community to rewrite the history of science as it became clear that its unknown maker must have possessed knowledge and skills that were believed to simply not exist in the 1 century BC. 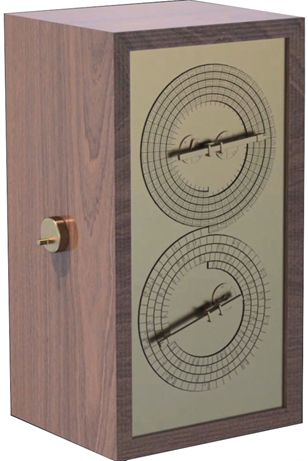 The Antikythera Mechanism was a complex and highly precise solar and lunar calendar that could also predict eclipses of the sun and the moon as well as the future dates of the Panhellenic Games.

The complexity and precision of this machine inspired not only scientists but also Hublot, the Swiss brand famous for their outstanding watches. Not only did Hublot recreate the Antikythera Mechanism in a wristwatch but they also started their own underwater archeology program.

One of the challenges faced by underwater archeology is the fact that the cargo and debris of ancient shipwrecks is often randomly distributed across vast areas on the seafloor and also often covered by sediments.

As divers can only operate for very limited time spans at depths below 50 meters, drones are needed to investigate larger areas of the seafloor at such depths. The engineers from Hublot have built drones for this purpose, the so-called «Bubblots», and have equipped them with miniaturized voltammetric measuring stands from Metrohm. They are utilized to perform real-time analyses of the seawater for unusual concentrations of dissolved metal salts typically associated with corroding bronze artefacts. Thus, the systematic and highly selective investigation of larger areas for hidden historical bronze artefacts becomes feasible.

Due to its sensitivity and selectivity regarding different metals and their oxidation states, voltammetry is ideally suited for such investigations, as it is also very fast and robust technique. In the case of Bubblot drones, results are obtained in a few seconds and this information can be immediately processed.

Learn more about our voltammetry portfolio …